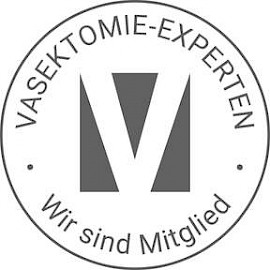 Why is the vasectomy useful?

Vasectomy is currently considered to be the safest, most effective and easiest method of contraception in men. All previous attempts to gain effective control of male fertility by hormones or other medications are unacceptable due to the observed side effects and the lack of safety.

How often is this procedure performed?

We perform an average of 200 vasectomies per year. As this procedure has been carried out in our department for 15 years, we have successfully operated on more than 3,000 men. We are also a member of the portal Vasectomy Experts. Further information can be found at www.vasektomie-koeln.de.

Approximately 60 million men worldwide have been vasectomized so far. In the US, vasectomy and sterilization of women account for more than 40% of birth control methods. In comparison, the pill is only used in 38% of couples with children who do not wish to have children. The number of vasectomized men in the USA is over 15 million. In the last 20 years, there has been an increase in the number of men willing to undergo vasectomy in Germany.

What about satisfaction after the operation?

The absolute majority of sterilized men are satisfied with their decision. This is illustrated by a Swiss study which surveyed 500 men who had been vasectomized over the past ten years. 98 per cent expressed themselves positively, while only 1.3 per cent regretted the step - mostly due to a separation from their former partner and renewed desire to have children.

Does the procedure change sex life?

The sensations during sexual intercourse are not affected in any way by the intervention. The ejaculation remains the same in colour and consistency as before. Even the amount of ejaculate is almost the same, because only five percent of the semen is sperm.

What exactly is the procedure?

In an operation lasting about twenty minutes, the spermatic ducts are exposed on both sides with an approximately one centimeter long incision into the skin of the scrotum. The spermatic ducts are cut through and a piece of it about one centimetre long is removed. The ends of the sperm duct created during the operation are then tied and scabbed with heat. In addition, surrounding connective tissue is fixed between the two ends. We also perform this procedure using the gentle "no-scalpel"technique. No real skin incision is made, but the skin is opened by a special clamp.

Is an inpatient stay necessary?

Vasectomy is usually performed on an outpatient basis and under local anaesthesia. The operation area is anesthetized with a syringe. "Man" can go home after the surgery.
Are the costs covered by the health insurance fund?
In general, health insurance companies do not cover the costs. The total cost, including the necessary preliminary and follow-up examinations, will vary between € 500.00 and € 550.00.

Is "man" infertile at once?

As sperm cells move slowly, spermatozoa located behind the severed area can still lead to pregnancy. For this reason, approximately two months after the procedure, the seminal fluid is examined for living spermatozoa. The examination of the sperm is repeated three times after the procedure to rule out unwanted pregnancies. Vasectomy is therefore one of the safest methods of contraception.

What are the risks?

As with any other operation, complications can also occur after a vasectomy. In vasectomy, however, the complication rate is far below one percent. Immediately after the operation, testicular pain or postoperative bleeding may occur. In the medium term, so-called spermagranulomas can form, i. e. pea-sized scarring and accumulation of sperm in the region of the operation area. Most men don't regret the small but decisive cut and consider the safety of not having children during sexual intercourse as a decisive advantage.

Can the vasectomy be undone?

The most common argument against vasectomy refers to a changed partner situation with renewed desire to have children. Then we'll have to operate again. Due to the improved surgical techniques, the success rates of this so-called refertilisation (or vasovasostomy, refertilisation) have been significantly improved in recent years, so that spermatozoa in the ejaculate can be detected by experienced surgeons in about 80% of men according to today's figures. The rate of pregnancies after vasovasostomy is the better the earlier the refertilisation is carried out and ranges from 50 to 70%. But even if the so-called refertilisation should not be successful, this does not mean that a previously sterilised man cannot become a father again. Because the vasectomy does not stop the actual production of semen, only the transport routes, i. e. the sperm ducts, are severed. Spermatozoa can therefore be removed during the back operation, which can be used for artificial insemination if they are unsuccessful. Vasovasostomy (refertilization, refertilization) is offered in our department and represents an operative focus.