A torn meniscus is one of the most common cartilage injuries of the knee and the cause for severe knee pain. A timely diagnosis followed by an optimal treatment is needed to prevent permanent joint damage (osteoarthritis).

What is a meniscus and why do we need it?

Although, we often speak of "a meniscus" - one meniscus, each knee actually has two. The meniscus is a crescent-shaped fibro cartilaginous structure that, in contrast to articular disks, only partially divides a joint cavity. Whenever we move our knee joint, the menisci move in between the joint surfaces. Thus they ensure stabilization, serve as shock absorbers and at the same time, they function as buffers between the joint surfaces. This in turn ensures an optimal distribution of the pressure between the surfaces of the joint 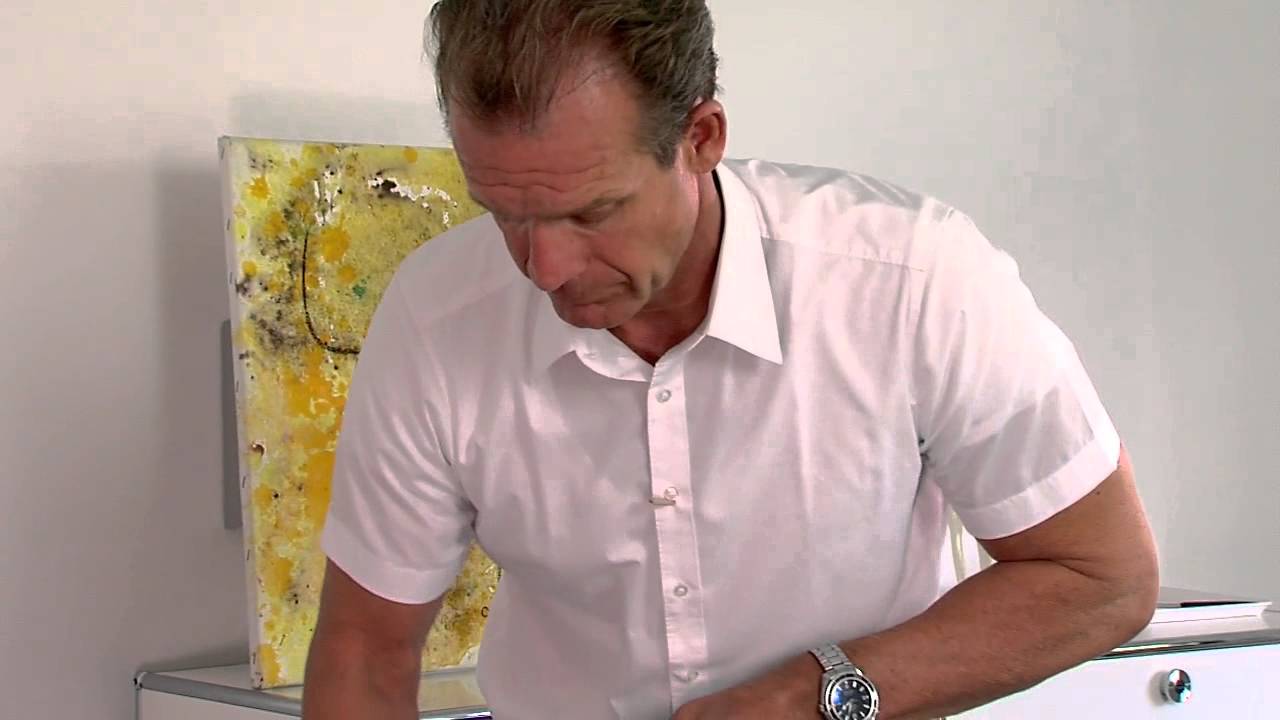 What causes the meniscus tear?

Most meniscus tears are due to wear and tear and are not, as one might suppose, caused by sports or other accidents. The wear and tear of the meniscus is a natural result of aging. If such wear - mostly unnoticed – is present, just one wrong move can end in a meniscus tear.

What are the symptoms of a meniscus tear?

Typical of a meniscus injury is usually a sharp pain on the inside of the knee joint. In some cases there is also a swelling of the knee. Responsible for the swelling is an accumulation of fluid, a reactive effusion, inside the joint. Because of the disturbed joint mechanism, the synovial membrane (synovialis) produces more fluid; this is similar to the nasal mucosa during a cold.

How is a meniscus tear diagnosed?

Essential steps toward a clear and dependable diagnosis are clinical tests conducted by an orthopedist that specializes in knee injuries. To establish an accurate diagnosis, a magnetic resonance imaging (MRI) study should be considered. This allows detecting possible other damages to the joint, such as a cartilage damage, at an early stage and to ensure an optimal treatment.

What to do in case of a meniscus tear?

A meniscus tear does not heal by itself; on the contrary, a meniscus tear tends to become worse due to the continuous straining during everyday activities! Consequently, there is usually no alternative to arthroscopic surgery. In an arthroscopy (minimally invasive surgery; keyhole surgery) the defective meniscus is smoothed or repaired. Especially with meniscus tear, it is extremely important to make an accurate diagnosis at an early stage so that a small tear does not turn into a large one, which would require removing the important meniscus tissue. The condition may be compared with dental caries: once the pain has become unbearable, repair might no longer be possible or at least it will be a very complicated procedure! 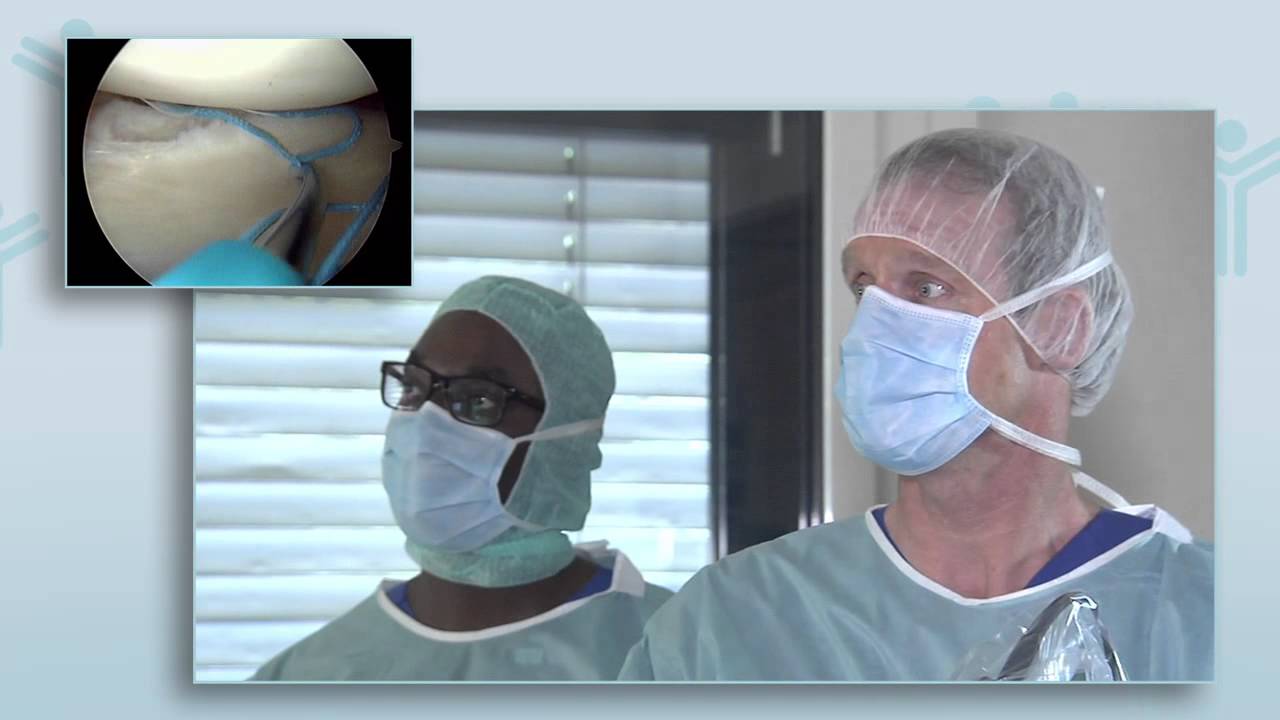 Treatment options for a torn meniscus

Treatment of a torn meniscus through smoothening the meniscus / partial meniscectomy

Previously a torn meniscus was often completely removed. However, studies have shown that after a complete removal of a meniscus, the stress on the joint cartilage increases to about a seven-fold. Accordingly, the goal is to preserve as much of the functional meniscus tissue as possible.

In order to retain as much of the important buffer (cartilage) and to prevent a further tearing of the meniscus, arthroscopic removal and trimming e.g. smoothening of the torn tissue should be carefully performed by a knee specialist.

After a partial meniscectomy the operated leg should be relieved for three to five days, meaning that the patient should use crutches while walking. The healing phase should be accompanying by physiotherapy, if necessary it should also be supported by lymphatic drainage and electrotherapy. Sports activities may dependant on the type of sports, resumed after about four to eight weeks.

Treatment of a torn meniscus by suturing the cartilage

The primary goal of meniscus arthroscopically assisted repair by suturing the cartilage is to not remove the torn parts of the meniscus, but rather to suture them and thus to ensure the meniscus heal. However, the healing can only be successful when it takes place in a performed in the well-perfused zone of the meniscus.

New arthroscopic meniscus fixation methods represent safe and high quality suture anchors, with which a meniscus tear can be treated very gently even in hard to reach areas of the knee. The thread is pulled through the two torn edges and safely fastened.
Besides suturing in the classic sense, special thread anchors systems are used today in place of the sutures.

Compared to a meniscectomy, suturing a torn meniscus extends the period of aftercare, since the sutured meniscus requires several weeks to heal.

After suturing a torn meniscus, the patient has to walk on crutches for about three to six weeks. In addition, weight should be put on the operated knee joint only in a stretched position for another 3 weeks. The recovery phase will be accompanied by appropriate physiotherapy, in particular to prevent a rapid weakening of the muscles. Sports that strain the knee joint intensively should only be resumed at the earliest after three to six months. However, the patient should tolerate the in contrast to the meniscus partial meniscectomy long healing phase in order to retain the complete meniscus.

Treatment of a meniscus tear by meniscus transplantation

The Menaflex™ collagen meniscus implant (formerly CMI) is a product that has been developed allowing, the formation of meniscus like replacement tissue after loss of large parts of the meniscus cartilage tissue.

For this purpose, a highly porous scaffold made from collagen is sewn to the remaining meniscus base, so that the patient’s cell can grow into the new tissue. This procedure creates a meniscus type substitute buffer are created in the knee joint.

CMI stands for collagen meniscus implant. The implant consists of a spongy tissue of purified collagen, which can be arthroscopically inserted into the knee joint after an extensive partial resection of the damaged meniscus (meniscus resection).

The CMI has approximately the same shape as the meniscus and is sutured to the meniscus part in place of the removed meniscus tissue remaining in the joint close to the capsule. The purpose is that within a few months new cartilage tissue grows from the edges into the collagen scaffold, which in this process acts as a kind of shaping guide rail. Simultaneously, the collagen fibers are gradually degraded. The goal is that the body itself has formed a reliable replacement of the meniscus that in form and function corresponds largely to the original situation.

The treatment following such a surgery is quite lengthy. Consequently intensive physiotherapy of approximately 12 weeks is needed in addition to a reduction of weight-bearing stress. Preliminary studies on the use of CMI appear promising, but they are not yet completed.

Only the future will show conclusively, whether it is feasible to perform these technically and financially costly procedures routinely. Currently, both statutory and private health insurances do not accept the cost of about 2,000 Euros for the collagen meniscus implant.

For an optimal treatment of a meniscus tear, the knee experts at the Klinik am Ring are particularly well-qualified. Stefan Preis, M.D. and Jörg Schroeder, M.D., senior physicians at the Practice and Department of Orthopedics and Sports Traumatology at the Klinik am Ring in Cologne, specialize together with their team in the treatment of knee and shoulder disorders. In 2004, they founded the WEST GERMAN SHOULDER KNEE & CENTER, Cologne. The team consisting of eight specialists, treats more than 10,000 patients per year. Annually the team performs more than 2,500 surgeries, of which about 500 are arthroscopic surgeries for meniscus tears.